A Designers' Guide to Batteries for Portable and Wearable Devices 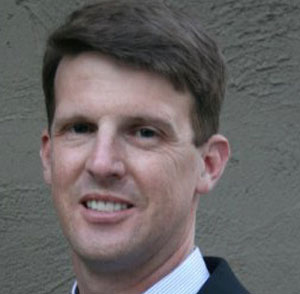 Our clients usually want the batteries in their products to be extremely small, to generate plenty of power, and to last forever. However, no existing batteries can meet all of these criteria and unfortunately, battery technology does not change very fast. Maybe things will get a little better; battery capacities do tend to increase over time with incremental improvements and new battery chemistries sometimes replace older ones. Moore’s Law does not and never did apply to batteries.

Almost all of the things that we can do to extend battery life in portable and wearable device design have less to do with the batteries and a lot with the electronics. You can use microprocessors and microcontrollers that draw less power or can push most of the high-power processing from the device to the cloud.

There are currently several alternative battery technologies and chemistries available for new designs. Older battery chemistries such as NiCd and NiMH have been supplanted by newer chemistries that offer better energy density and other advantages. Lead-acid batteries are simply too heavy for portable and wearable devices..

When selecting a battery for a portable or wearable system, there are two fundamental alternatives: primary cells and batteries and rechargeable cells and batteries. Primary cells cannot be recharged. They are designed for one-time use. Available primary cells commonly used for portable and wearable devices today include alkaline batteries, lithium manganese dioxide (coin) cells, and zinc-air cells. The leading rechargeable battery alternative is the lithium-polymer battery, which has replaced metal and plastic-clad lithium-ion batteries, largely because of more versatility.

Here are some key characteristics of primary batteries and cells currently used for portable and wearable applications:

• Alkaline cells have been available for a long time. The modern alkaline dry battery is based on zinc/manganese-dioxide chemistry, and comes in many standard sizes, which makes them very convenient for use in portable devices. In addition, alkaline cells are inexpensive, have good energy density, and can deliver high peak currents. However, alkaline cells are larger and heavier than other alternatives and are therefore make them good for portable designs but not for wearable devices.

• Lithium manganese dioxide cells—also called watch batteries, coin cells, and button cells—are another common type of primary cell. Small devices such as wrist watches, pocket calculators, cardiac pacemakers and defibrillators, and keyless entry transmitters for cars (key fobs) are usually powered by coin cells. Lithium manganese dioxide cells have a decent amount of capacity for their size but they also have a problem.

• Zinc-air batteries are another type of coin cell with somewhat better energy density than lithium manganese dioxide cells. Unlike most other primary cells that are self-contained, zinc-air cells generate electricity through a metal-air chemical reaction that oxidizes powdered zinc using oxygen from the atmosphere. Zinc-air batteries are commonly used as primary cells in hearing aids, so they are easily found at local pharmacies, which makes them good candidates for use in portable and wearable devices.

Lithium-ion polymer batteries, usually called lithium polymer batteries or LiPo batteries for short, have largely displaced other rechargeable batteries formerly used to power portable and wearable devices. These older battery chemistries included NiCd, NiMH, and metal-cased lithium ion batteries. LiPo batteries have replaced these other batteries because they are lighter in weight and have high energy density with low internal electrical leakage, so they will hold an electrical charge for a long time while a portable or wearable device is dormant or in storage.

If one of the myriad standard LiPo battery sizes and shapes will not work for a particular system design, it is possible to have a custom-designed battery made, even in prototype quantities as long as you are willing to pay the non-recurring engineering charges.

Most LiPo batteries are packaged in somewhat flexible yet fragile metalized foil bags instead of the rigid, metal cases used to package most other batteries. As a result, the product design’s battery compartment that houses the LiPo batteries takes more design consideration. The compartment must ensure that the battery is not exposed to anything that might pierce or physically damage the battery while accommodating the battery swell.

Spectacular news accounts of lithium batteries overheating and catching fire in portable applications such as laptop computers, hover boards, and mobile phones underscore the need to carefully manage the charging and discharging of all lithium batteries. These spectacular fires are a direct result of lithium batteries’ high energy density being discharged far too rapidly due to some design error or a mechanical or electrical fault.

Consequently, we always advocate the use of a BMS (battery management system) board for safety, which is directly incorporated into the packaged battery to prevent the LiPo battery from operating outside the safe zone, and balance the cells in multi-cell LiPo batteries during charging. These inexpensive safety circuits excel at detecting battery charging and discharging problems, and shut the systems down in case of overcharging or short-circuit loads. Technology is fundamental to the future of impact investing

High-Performance Computing at a Crossroads